11 Things You Should Never Put Down The Garbage Disposal 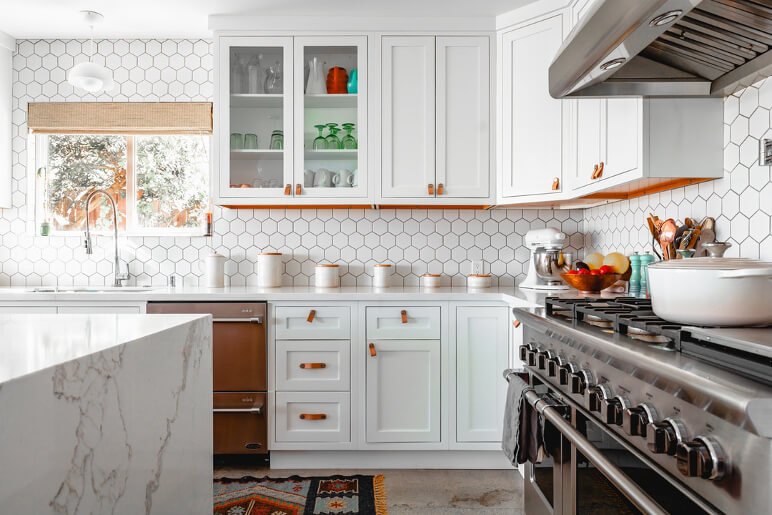 We’ve all been there. You’re hurriedly cleaning dishes after a big meal or a holiday dinner.

You’ve been in a frenzy of dumping food off plates and rinsing. Finally, you’re running the garbage disposal as the final step. Suddenly, you hear that horrible clunking sound.

It’s a sure sign that something is in the garbage disposal when it shouldn’t. You could be looking at an expensive and time-consuming repair.

The best way to avoid situations like this is by brushing up on your knowledge. Here are some of the top things you should never put down the garbage disposal.

Things You Should Never Put Down the Garbage Disposal

There’s a myth going around that bones are good for garbage disposals because they sharpen the blades. These people are overestimating their disposal blades by a mile.

Your garbage disposal doesn’t use samurai swords. The blades aren’t strong enough to break up bones. In fact, bones often chip them or break them.

You might think that because eggshells are fragile and organic, they’ll go down your garbage disposal with ease. They might, but they could stick around longer than you realize.

Eggshells turn into a sand-like grit when a garage disposal breaks them up. They can get stuck throughout the inside of your garbage disposal, or worse, inside your pipes.

Eggshells also have a thin but strong membrane inside them. This membrane can get stuck to the mechanism of your garbage disposal and break it.

If you have a coffee maker that uses paper filters, you probably throw them in the trash without a second thought. If you use a reusable filter, though, resist the temptation to dump your grounds in the garbage disposer.

When grounds get wet, they stick together. They’ll clump together in your pipes and form a major drain clog in a hurry.

There’s something about corn on the cob during the summer that makes us smile. That smile fades in a hurry when someone puts their corn husks down their garbage disposal.

Husks have a stringy structure. When they get into your garbage disposal those strings wrap around your blades. They can damage the motor if they get into the right places.

This is a logical train that not everyone thinks about until it’s in front of them.

What is peanut butter? Ground-up peanuts. Peanut butter is as sticky of a substance as you can find.

That’s what happens to nuts when you toss them down the garbage disposal. In fact, they’re even stickier than typical peanut butter because they don’t have any added oils.

This accidental peanut butter will stick to every part of your garbage disposer and can lead to a clogged drain and a call to a plumber.

As we mentioned above, your garbage disposal blades aren’t as strong as you think they are. If they can’t break up bones, you can bet your bottom dollar they won’t be able to break down fruit pits either.

The pits will end up bouncing around in your garbage disposal, making a racket. If they find their way into your pipes, they can cause a clog.

This is one of the most common mistakes with garbage disposals.

Have you ever cooked bacon and then left the grease to sit and cool? When you came back it had probably congealed into a white waxy substance.

This is what happens when any type of grease cools. That waxy goo can coat your garbage disposal. Worse yet, it will clump together in your pipes and cause a clog. Never get rid of cooking grease by dumping it down the garbage disposal or any drain.

We aren’t sure who gave the garbage disposal its name, but they did a disservice to the appliance. It can’t break down literal garbage other than food waste.

That misunderstanding has led people to throw everything and anything down garbage disposals. We’re talking paper towels, grocery bags, plastic wrappers, you name it.

This one surprises people because flour seems so easy to wash away. If you have a pile of flour, though, add some water to it and look what happens.

The mixture forms a sticky paste. When that paste dries, it hardens. Whether it’s wet or dry, flour paste is a problem for your garbage disposal.

The paste can congeal on your shredder blades and damage them. When it gets down your drain, the paste can form a clog too.

We all know that pasta expands when it’s exposed to water. You’d be surprised how much it will expand if sits in water long enough.

On top of the expansion, pasta gets sticky when you grind it up. That combination leads to a clogged pipe in a hurry.

The same goes for rice. Keep those carbs out of your garbage disposal.

We mentioned corn husks above and how their stringy texture can do serious damage to a garbage disposal. The same is true for certain vegetables that have their own stringy textures.

The most common culprits are celery, asparagus, rhubarb, artichokes, and carrots. In general, if it feels like you’re flossing your teeth while you eat it, it shouldn’t go down your garbage disposal.

Keeping the Blades Running on Your Garbage Disposal

Without a doubt, a garbage disposal is a handy appliance to have. It reduces the amount of trash you toss into landfills.

It can only do that if you keep it running, though. With this list of things you should never put down the garbage disposer on hand, you can keep your garbage disposal and your pipes in tip-top shape.

We all make mistakes, though. If you’ve broken some of the rules above and your drain is slow, you could have a partial clog. Call our plumbing team to clear the clog and get your pipes back in business.