6 Weird Things That Plumbers Found Flushed Down the Toilet 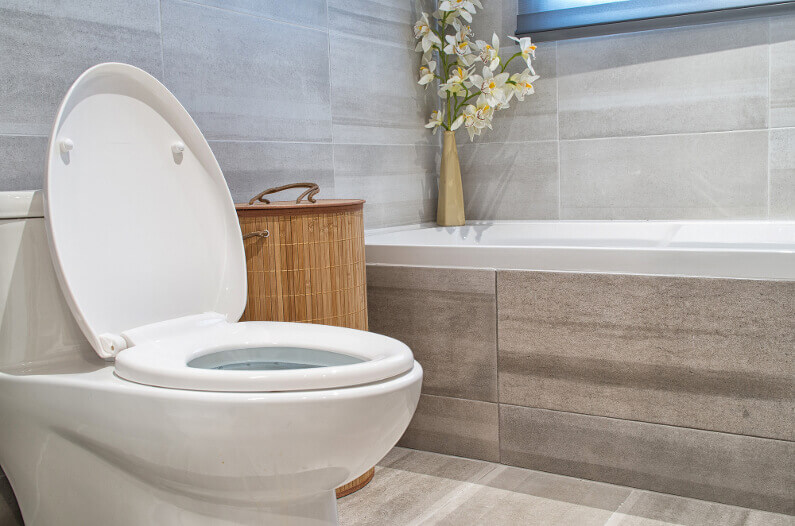 There were about half a million plumbers in the US as of 2018, and that number is growing quickly. Most of these plumbers make close to the average salary, which is above $20 per hour.

However, even that salary has to seem low at times, considering what plumbers deal with. In addition to their typical work with pipes and occasionally sewage, they may have to deal with the downright weird.

Plumbers have pulled some strange things out of people’s toilets over the years. We’ll talk about some of the most interesting things that have been flushed down the toilet in the paragraphs below.

We’ve all heard about dead goldfish being flushed down the toilet, but what about other animals? Has anything living ever been flushed down a toilet?

The answer is yes, multiple times over. Among the animals that have been found in a toilet, both flushed and unflushed, are a puppy, a squirrel, an opossum, a snake, an iguana, a shark, and a large fish.

How did these animals end up in the toilet? In some cases, it was an accident. The puppy was flushed because a child was trying to wash it and ended up flushing it.

As for the rest, it’s hard to say. Opossums are known for playing dead, so it makes sense that someone tried to flush it. The others most likely got in by themselves, somehow.

Believe it or not, people have been found in toilets as well, usually public and portable toilets. There are a few different instances where this happened.

In one case, a man in South Africa was found stuck in a portable toilet after attempting to use it while high on some substance. This raises the question of how much of something you have to take before a toilet becomes difficult to figure out.

Another case occurred in a college in China, when a student gave birth to a baby on the toilet and flushed it. The baby’s crying was heard by other students, who called the police. The baby was rescued alive and the mother was arrested.

The final case we’ll talk about occurred in the US, roughly six years ago. In Oklahoma, a peeping tom was arrested after being found hiding in a septic tank beneath a women’s toilet. He was sighted by a woman who took her daughter to the bathroom and found eyes looking up at her from inside the toilet.

We’re not sure at what point the idea of crawling into a septic tank seemed worth it. Maybe he bought some of that stuff the South African guy was on. Hopefully, that guy spends his prison sentence or parole reevaluating his priorities.

We’ve all heard the expression about flushing your money down the toilet, but apparently, it happened in real life. Back in 2011, a janitor in Australia found $93,000 while cleaning a toilet.

The janitor reported his findings to the police, who then looked for the source of the money. They couldn’t find it, so they fell back on the age-old writ of finders-keepers.

The state took $17,000 and allowed the janitor to keep $76,000. While we all feel great knowing a janitor got rich by finding money, it makes you wonder who got rid of $93,000 and what had to occur for them think that was the best idea.

There are many tales of jewelry being lost in drains, be they toilets, showers or some other kind. Occasionally, people lose some very valuable jewelry down the toilet. In one instance, a wedding ring worth $70,000 was found flushed down a toilet.

Other finds include a $10,000 bracelet and a hairpin worn by Catherine de Medici in the 1500s. It should be noted that the hairpin was found in an archaeological site that happened to include very old toilets. Sometimes, having outdated toilets really pays off.

A set of dentures have been famously flushed down the toilet at least twice. In one case, a man in South Carolina lost his dentures down the toilet and became distraught. He’s on record saying that he intended to clean the dentures and use them again.

Another case involved the dentures being lost down a toilet at an airport. The owner was never found, so the plumber put the dentures with a pair of sunglasses he’d also found in an airport toilet. This created a face that he appropriately named ‘John.’

You may have noticed a trend of people hiding things in toilets. They’ve hidden money, and even themselves. They will also try to flush drugs and alcohol, or any signs of it.

People have found marijuana and hypodermic needles flushed down toilets. A lot of needles may have been for legitimate medical purposes, but chances are that some of them weren’t.

There have also been tiny liquor bottles flushed down toilets by someone drinking on the job.

Down the Toilet: Weird Things That Have Been Flushed

There have been a lot of strange things flushed down the toilet over the years. We’ve talked about some of our favorites in the paragraphs above but there are plenty more out there. We encourage you to do more research on your own if you’re interested.

If you want more information and advice on plumbing, please browse the rest of our site. If you liked this piece about strange things in toilets, might we suggest our piece on things you shouldn’t put in your garbage disposal?