All About Plumbing: 9 Interesting Facts About the History of Plumbing 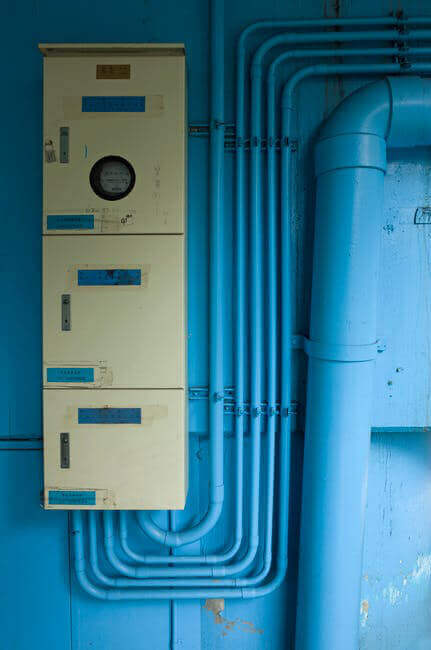 It’s no secret that people in the United States love their bathrooms. A lot of people don’t pay much attention to something that they are using every day.

How did modern plumbing become the way it is today? There is clearly some history here that needs to be explored.

For something that gets as much use as it does in our country, there are a lot of facts that may surprise you.

If you want to learn all about plumbing history, keep reading to get some information you probably haven’t learned before!

All About Plumbing: History You Want to Know

Most of us are familiar with the bathroom basics, like the shower, the sink, and the toilet.

You may not have all of the plumbing knowledge you need to fix everything in your home, but you still may want to know a bit more about what you are using constantly.

There are likely many things that you don’t know about modern plumbing and how it got to the point it is at today.

Here are some interesting facts about plumbing that you may want to know for future reference!

In 1596, John Harrington invented the flushing toilet. This is why many people have nicknamed the toilet “the John.”

Even though the idea for a toilet has been around for a long time, the toilet didn’t become popular until the 1850s.

Before the toilet was invented, people were creative when they needed to be. The most common “toilets” were communal outhouses, holes in the ground, or chamber pots.

If you have a faucet that won’t stop leaking, you’re likely wasting a lot more water than you may realize!

For instance, a leaky faucet dripping two times every minute could waste an entire gallon of water in just one week. If your faucet is dripping every second, you could waste over 2,000 gallons every year.

You may be curious to find out how much water your leaky faucet is wasting and if so, you can calculate the exact amount with the drip calculator.

There are many names for the bathroom and depending on where you are in the world, you’ll likely hear something different than you’re used to at least a few times.

If you’re in other areas around the world, you may see “water closet” written outside the door. “Lavatory” is another common term that is used almost universally.

The origins of these names are various and generally tie in with the history of the country they started in.

Standardized plumbing has been around for a lot longer than many people realize and can be traced all the way back to somewhere between 4,000 and 3,000 B.C.

During this time, the Indus River Valley civilization in India used plumbing pipes created from earth to transport water and drain waste. Copper pipes were also found by archaeologists.

Of course, standard plumbing methods have come a long way since then. Even in older homes here today, however, you’ll still find slightly more problems compared to modern builds.

In the past, people did not think that bathing regularly was a necessity. Today, you will likely be hard-pressed to find people that feel the same way.

In the middle of the 19th century, some towns made it illegal to bathe in the winter months without the express permission of a doctor. This was due to the lack of regulations put into sewage systems and water standards.

People could easily get sick if they bathed too often because they were being exposed to potentially dirty water.

Toilets that flush based on sensors rather than on touching the handle are still relatively new. Only about 40 years ago were these toilets created and they started in Japan.

Japan wanted to export its new toilet to the rest of the world and they were slightly slower getting to the general public than you may think.

Electronic faucets, by comparison, were developed in the 1950s and didn’t see any commercial use until 30 years later after the sensor-based toilets became more popular.

At first, people did not generally want indoor plumbing. They thought it would cost too much and it was more of a luxury than a necessity. Today, most people would disagree with that idea.

Indoor plumbing started to get more popular after the 19th century. People noticed that there were benefits when clean water and proper sanitization were used.

During the 20th century, regulations were created to make indoor plumbing safe and better for everyone. This kept people free from life-threatening illnesses that they could have been exposed to otherwise.

The first hotel in the United States that used indoor plumbing was the Tremont House. Located in Boston, the hotel decided to incorporate more modern plumbing practices in 1829.

Who are the two most famous plumbers on the planet? Mario and Luigi! The popular brothers from the plethora of video games are known around the world.

Ozzy Osbourne was a plumber’s apprentice before entering into music. In addition to that, Albert Einstein said he would be a plumber if he could relive his life.

Lastly, Michael Caine was a plumber for a period of time before he went into acting.

Now that you know all about plumbing history (or at least part of it), you may realize you need some plumbing help at home.

Whether it is a leaky faucet, a toilet that isn’t flushing as its meant to, or you need sewer line repair a plumber can help!

Check out our article on tips and questions to ask when hiring a plumber in Kansas City.